We’ve discussed U.S. Attorney Preet Bharara here many times in the past. His pursuit of government corruption wherever it may be found and the prosecution of those who betray the trust of the public has become legendary. That’s why, when he told reporters earlier this year that he detected an “air of corruption” in the executive branch of New York’s state government people were rightly looking over their shoulders. Now his work in that area is moving into high gear. Bharara has made his case to a grand jury and been given the green light to take eight top aides and associates of Governor Andrew Cuomo to trial on charges of corruption. (New York Observer)…. 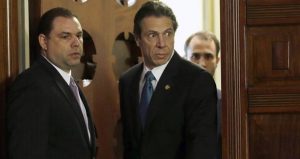