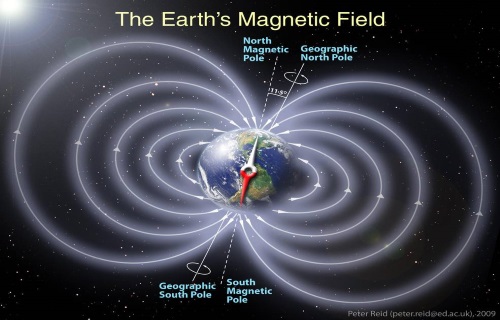 For those of you wondering if there was a motivating factor for the creation of the US Space Force, this video may be of interest. It’s about recently declassified CIA papers, and from the scenarios described, they may want to have a means to transport large numbers of the population off-planet in a few years…

Corrupt world leaders are sitting on “alien technology” which could provide cost free renewable energy to the world, according to Dr Steven Greer.

However, he claims the existence of the world-saving technology is suppressed to allow business moguls to cash in on the oil and fossil fuel industries until they run out.

Dr Greer, a former emergency room doctor in the US, who gave it up to try to expose the truth about aliens, made the claims in an interview with uninterview.com.

He is a leading voice in the so-called disclosure movement in the US – conspiracy theorists who believe aliens are here on earth.

However, they say it is covered up and are fighting to get an alleged truth embargo lifted.

He said: “If along with the disclosure of intelligent life, you’re going to have the most disruptive technology in all of history come out… this becomes a big macro-economic issue and that is what the secrecy is partially rooted in.

“I began to realise that there were people inside government that know about these projects and there are people inside who do not know, and it has nothing to do with your rank, it doesn’t matter if you are the president.

“It doesn’t matter if you’re the CIA director. It only matters if the bureaucracy feels like you are going to go along with the agenda and keeping this secret.”

Video Description
Robert David Steele is the Chief Enabling Officer (CeO) of Earth Intelligence Network and is devoted to teaching holistic analytics, and open source everything engineering. He is a former CIA clandestine services officer and was the second highest ranking civilian in US Marine Intelligence. He is nominated for the Nobel Peace Prize for the 2017 cycle for his work into open source intelligence.

In this interview we discuss in #Unrig campaign to push for electoral reform, how Donald Trump can work to defeat the Deep State, and the potential humanity could have once suppressed and hidden technologies are released.

Robert can be found on his personal website and his public intelligence blog:
http://robertdavidsteele.com/
https://phibetaiota.net/

Which would you rather have?

Way to go, Clif! I am so happy to see these people being called-out for their works of fiction being offered-up as truth.

Video Description
Crocodile cryptos and Pissin in the Woo-Woo Pond.
In this episode of “let’s see how many people we can irritate from afar”….

Discussion about where we are in history, hyperinflation, cryptospace, crocodile teeth formation in charts, trading, and people who are pissing in the woo-woo pond causing extra work for us.

And now, certainly NOT being brought to you by GTV…..

Gaiam TV, in bowing to Politically Correct (PC) culture, thus not wishing to offend David and James, and thus not demanding evidence from James Corey (aka Corey Goode) and David Wilcock, have ended up offending everyone, especially their viewers, thus placing all their years of work at risk of turning into Instant Shit Storm, just add a few Corey Good Giant Blue Space Alien Chicken nuggets, and heat a minute in the microwave of Gaiam TV fantasy cookery. Then watch out for the lightning, and especially, the return on those Blue Space Chicken nuggets…

Thanks for this history lesson, Bix! There is evidence that the US government has committed accounting fraud as far back as the 1940s…

What Has Been Done For You

First– to all my friend worldwide who are not Christian– bear with me. I promise that this has a message for you, too, but for reasons that are or will become obvious, I am obliged to speak to and within the confines of Christian history for a moment.

In 1302, Pope Boniface established the world’s first and largest Express Trust called the Unum Sanctum Trust. In this document he claimed that his office was that of Trustee for the whole earth and everything on it. That is, he claimed to own the air, the birds within in, the sea and all its creatures, and the earth, too, together with all the land animals and people and buildings on it.

He claimed to own it all and to be Christ’s Trustee.

And the Roman Catholic Church set out to organize the entire world accordingly, and over the next few centuries, created three jurisdictions: air, land, and sea.

The air jurisdiction– beside containing birds — contains spirits and demons, angels, electric currents, sound waves and more—- is global in nature. That province the Church reserved for itself. Sins occur in the jurisdiction of the air.

And that, with more or less success, has been the “way of the world” for the last seven centuries.

Obviously, Satan has been maintaining a stronghold somewhere.

Even though Jesus and Satan played for keeps, it wasn’t the risen Christ that paid for the sins (debts) of the world. It was a very real, very material man. A carpenter from Galilee. And he is not here in the flesh to demand payment.

However, that wasn’t the deal. If Jesus had made a single mis-step on his way to Golgotha, Satan’s victory would have been assured. He would have reigned forever on Earth, until he destroyed it.

But Jesus carried through on His part of the bargain, paid the price, once and forever and for the whole world—- both goats and sheep, both tares and wheat, His own Followers and the Hindus of India and the Buddhists of Tibet and everyone else, everywhere, for all time. And–this is important— all jurisdictions.

He absorbed all sins, all debts, all losses.

These facts have been plainly stated in the scriptures for centuries and established in the doctrine of the Roman Catholic Church along with the Unum Sanctum Trust and the claim of the Popes to be the Trustees of Christ on Earth— His Vicar.

So it was time for someone, a Beneficiary acting as Jesus’ Fiduciary Deputy in the flesh, to pull the plug.

Please see the attached Payment Bond. I presented it to Cardinal Mamberti, the head of the Vatican Chancery Court, as of January 6, 2017.

You will all note from reading the attached Original Copy of the Payment Bond, that it was delivered on the Day of the Three Kings, when the princes of the Earth pay homage to their Redeemer. You will notice that the Payment Bond lasts for 1,000 years during which the peace of the Kingdom of Heaven and its abundance is to reign and the swords are to be beaten into plowshares. You will note that it is for redemption of the Kingdom of God, where all the sins and debts and losses are stored up. You will note that it is for all NAMES or Names of any kind. You will note that it puts an end to the Doctrine of Scarcity, and that it proclaims that the Law of Heaven is in force on Earth: to keep the peace, to love each other, and to do no harm. And there is no other law we are bound to.

This has been done for each and every one of you regardless of your belief or disbelief, your faith or lack thereof. You have been dearly bought and are now redeemed, set free of sin, debt, and loss. The cruelty of Satan’s Rule is ended. A new life lies before you.

In embracing this new life, leave behind the ideas of differences and tribes.

Dear children, note—- we are all unique. Each one of us is utterly different from all else that is created. Protect and care for each one, for each one is sacred. Let all law and caretaking be focused on just each one, not on any group identity.

As long as we define ourselves as members of groups –tribes, nations, etc., we condemn ourselves to a world in which bigger nations will always subjugate smaller nations and larger gangs will punish smaller gangs. Let this thinking go. Let all tribalism diminish until it is only a dim memory.

In the end, there is only each one of you, utterly precious, utterly unique— and All That Is, that you are part of.

My name “Anna Maria” means the “Grace of Mary”, who, when the angel came to her, said— “Let it be done to me according to your word.” These words have echoed through the centuries in the hearts and minds and experiences of all those who have given themselves to the Lord of Heaven.

So let it be and let it begin.

Sargon of Akkad reports on the latest WikiLeaks data dump, involving the US alphabet agencies.

What impact will this have on the tech giants, like Google, Microsoft, and Apple, especially once governments and corporations put an end to back-doors created by the US government?

Bix provides an excellent summary of his research, located on his web-site at http://roadtoroota.com

Greg Hunter: Deep State Isolating Trump from We the People