Please listen to this urgent message and call-to-action. Make sure to take this action every time the clock hit’s 11:00 am and 11:00 pm in your own time zone, for the next 48 hours, for a total of 4 times in the next 48 hours. And please, share this with ALL your friends, family and loved ones. Ask them to do the same thing, and ask them to pass this on and pay it forward. With gratitude and blessings!

Dr. Clarence Sexton shares the incredible story of the Hebrides Revival and how a special Bible made it’s way to the White House!

Professor Emeritus Salim Mansur gives the opening remarks at the People’s Party of Canada event “Uncensored – The Fight For Free Speech in Canada.” Held in Hamilton, Ontario on September 29th, 2019.

Uncensored: The Fight For Free Speech in Canada. An open discussion on the erosion of free speech in Canada by People’s Party Leader Maxime Bernier, Dave Rubin of The Rubin Report, and Dr. David Haskell. Hosted by Frank Vaughan with introductory remarks by Professor Emeritus Dr. Salim Mansur.

The event was attended by approximately 1,000 people, in a theatre which seated 1,049, despite the intimidating threats by protesters.

Antifa tried to get this event cancelled, and showed-up to harass the 800+ people who attended.

Stefan Molyneux deconstructs the recent New York Times hit piece on Dr. Jordan Peterson. Is it any wonder that the legacy media is going bankrupt?

Stefan asserts that it takes a competent individual to recognize Trump’s competence, then discusses how President Trump may have ended the immigration crisis in Europe with only two phone calls. 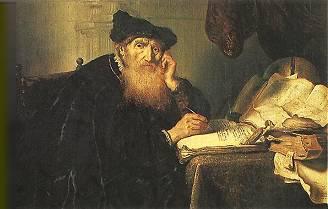 Wild Bill is organizing Christians to fight back against the immoral government and Obama’s covert Muslim invasion. I am by no means a bible-thumper, but I believe we are going to see the church becoming much more vocal. President-elect Trump has promised to undo President Lyndon B. Johnson’s gag order on the churches. The satanic cults that have infested Hollywood and our media have been put on notice.

“What is LBJ’s gag order?” you may ask. Excellent question. When President Johnson ran for the presidency, he faced great opposition from the church. I imagine part of this is due to the fact that President Kennedy (JFK) was America’s first Roman Catholic president. In the USA, most churches enjoy being tax-exempt as 501(c)(3) corporations. To silence the church, LBJ restricted the church from engaging in politics and/or opposing the federal government to keep their tax-exempt status.

Even if you’re not religious, this effort serves to restore decency and sanity in America, or as Trump says, “Make America Great Again.”

Once Trump unleashes the 501(c)(3) churches, the satanists will have no place to hide… For some reason, it reminds me of the book, “God, Guns, Grits, and Gravy” by Mike Huckabee… If this were a Old West movie, this would be the part where the good guys bust-out of the jail car and save the engineer from the bandits before the train goes off the cliff… 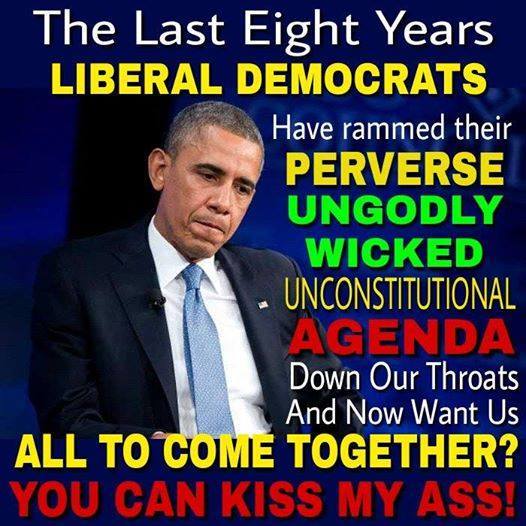 It seems that “Republican Jesus” was born after Franklin D. Roosevelt won his fourth term in office, and the Republicans were determined to find a way to prevent being kept out of the Whitehouse for such a long time. Bearing this in mind, this is what the Catholic Church in California has to say about this election . . .

Video Description
A jihadi said that beheading Kafirs, non-Muslims, is like killing chickens so he has no remorse. And why would he feel nothing? Could it be that he believes that Kafirs are worse than animals? Allah says:

Koran 25:44 Do you think that most of them hear, or understand? They are just like animals; no, they are far worse.

The jihadi has the moral right to behead the Kafir. He is following Allah’s commands:

Koran 8:12 Then your Lord spoke to His angels and said, “I will be with you. Give strength to the believers. I will send terror into the Kafirs’ hearts, cut off their heads and even the tips of their fingers!”

In the early Koran of Mecca, Allah condemns Kafirs to hell 146 times. Of these 146 condemnations, only 9 involve moral wrongs such as greed and lying. The other 137 times are because the Kafir did not think that Mohammed was the prophet of Allah. Kafirs reject Mohammed as a prophet and deny the Koran. Killing them by beheading is jihad. Raping them is jihad. The jihad advances Islam.

There are other chickens (cowards), as well. Chicken religious leaders do not stand up for persecuted Christians. There is a chicken media that does not tell the truth about Islam or criticize it. And there are chicken professors who do not teach the truth of the suffering in history caused by jihad over the last 1400 years.

We must stop being chicken cowards. We may have fear, but we must speak out. Only then can we prevent our civilization from being annihilated.