Sensitive subject?
Over the target?
Q 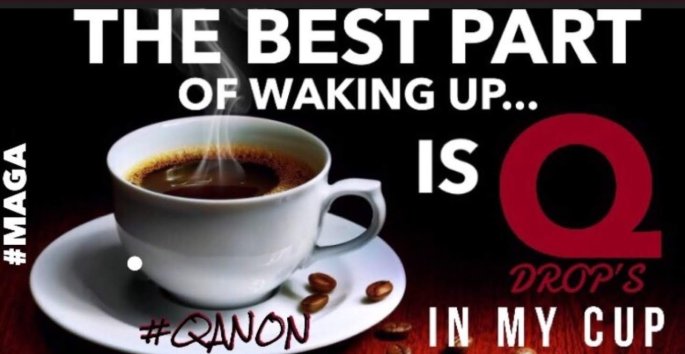 How is blackmail used?

END_OF_DOCUMENT_TOKEN_TO_BE_REPLACED

INTERESTING
James Rink just re-published his 2012 documentary, “Change is on the Horizon,” which includes a brief history of NESARA.
https://www.youtube.com/watch?v=Lygerb3zOvY

James Rink is the author of the 2012 documentary, “Change is on the Horizon,” which includes a brief history of NESARA.

If Trump is undoing the legal sorcery that has been done to the USA, this video gives you a good idea of how far back some of it goes. The roots of many of today’s issues with government began many decades ago…

If Trump manages to undo Lincoln’s general order 101, the USA will essentially cease to be one large Indian reservation, and individual states will truly be their own sovereign entity.

It seems that Vice.com has decided to take a swipe at QAnons, in a new article: Terrorism Experts Say QAnon Conspiracy Theory a Threat to National Security

Take out “conspiracy theory” and they are basically describing the newspaper business in the 1800s and early 1900s. Today, we call them citizen journalists. Comparing citizen journalists to jihadis is an Olympic-grade leap in logic. The assumption that news-gathering requires a “centralization of intrerpretive duties” tells us that this piece came from a corporate hack, who has likely never done an independent thing in his/her life.

God forbid anybody should do their own research and then want to share it on social media, without the blessing of corporate-owned media.

“In February 2020, Omega Kingdom Ministries, in effect a QAnon church, was established” – Never heard of it. Are all QAnons secret members? (sarcasm)

So far, QAnons do their own research, share it, and some of them go to church. This is what they are calling a threat to national security.

In the West Point paper, the links between the “criminals” named and QAnon are mostly weak, and I love how there is no comparison of the corporate-owned media’s statements to BLM and Antifa violence.

Here we have, “Some people did something, so anybody who talks about QAnon must be bad.” Uh-huh, and Jesus was a sinner because he was surrounded by sinners. Faulty logic.

The authors of the West Point paper:

Sorry, Vice, but you used a paper written by eggheads that fails to establish that its authors have any concept of what life is like outside of the university walls. This is junk journalism.

BOTTOM LINE: QAnons & followers are exercising their right to free speech, and it seems that some folks don’t like it.

Be kind .. I read this earlier today and it is so good

That woman you shamed in the grocery store, because she wasn’t wearing a mask? She already feels enough shame because she was raped. Having something over her nose & mouth triggers her PTSD, and causes her to relive that trauma.

That man at the Quickee Mart who you called selfish? He’s a volunteer firefighter, and just came from the ER, after being treated for smoke inhalation. He removed his air mask, in order to help a child breathe fresh air, instead of thick smoke.

That elderly lady who you screamed at to put a mask on, or shop when it’s her turn? Her husband of 60 years just passed away. She’s doing her best to learn to live alone. Every breath is physically painful, due to her grief. 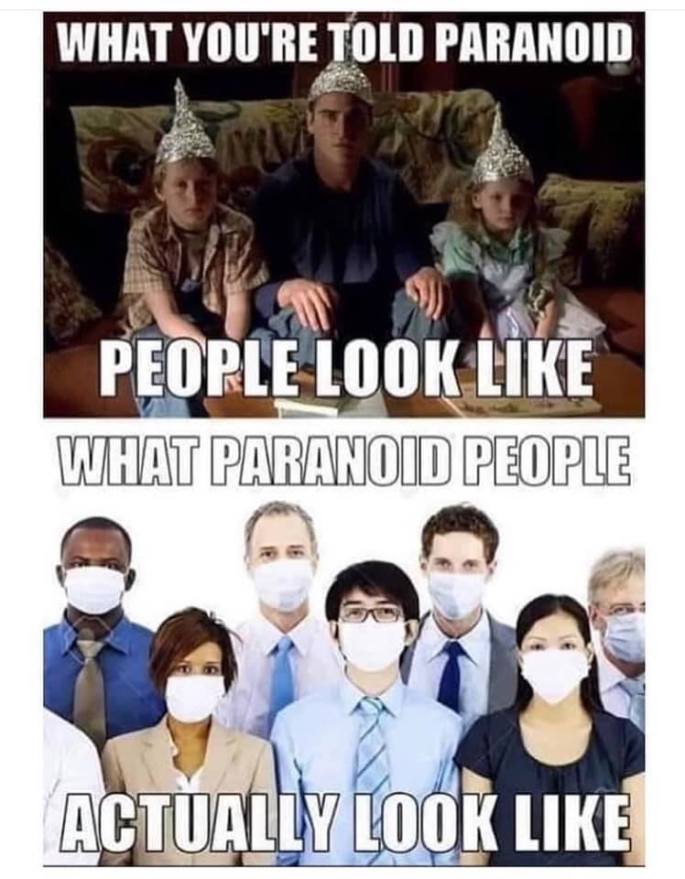 That little boy you lectured about removing his mask? He’s autistic. He doesn’t understand. He simply wants it off of his face.

That little girl who screams when somebody tries to mask her? She’s claustrophobic. She came from an abusive home, where she was confined to a closet.

There are all sorts of reasons for not wearing a mask. Not all are lung, or immune system related.
How many of you are among those shaming, name calling, and berating complete strangers, or worse, family members? How many of you are against bullying? 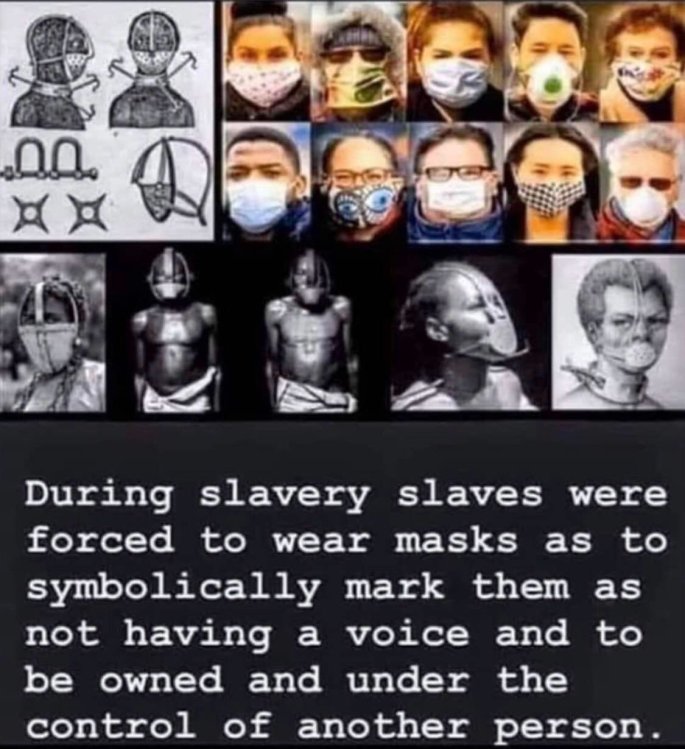 If you are among the first group, and align with the second, you may want to pump the brakes, and check yourself… you have become the bully you claim to be against.

Wearing a mask does not make you a kind person. You are either a kind person, or you aren’t. A piece of cloth does not determine that trait.

On the flipside, not wearing a mask does not make a person selfish, or inconsiderate. It simply means that, there may be an unseen reason why they cannot wear one. You don’t know their story, and, to be quite honest, it’s none of your business.

According to Brad Johnson, former CIA Chief of Station and President for American Intelligence Reform, the infiltration into Canadian government is much worse than in the USA, and our lack of strong free speech protections makes fighting it difficult.

(The actual interview starts after the 23-minute mark)

Remember I told you –months ago– about two very important and truly scientific bits of information?

You are starving for oxygen on a daily basis, and now you are putting on masks and further depleting your ability to breathe. Brilliant.

Second, the idiots in charge of the military created a monster vaccine and deployed it through the military during the second Iraq War. It was a vaccination that has caused the victims to develop “super coagulation syndrome” Also known as “thick blood disease”.

A whole generation of second-round Iraqi Vets are battling this disease and being forced to take Warfarin — rat poison — to thin their blood enough to survive.

And there’s something even more troubling bubbling to the surface: their families are developing the same symptoms.

Well, here you go, an official explanation of Coagulation Disease by a doctor. If you won’t believe me, believe him:

Remember that the US Surgeon General doesn’t condone the use of masks?

There’s a reason for that. He knows they don’t work. Masks only make things worse.

Thank you, Jerome Adams, for being the only responsible adult in the room.

So, let’s cut to the chase. There is a real problem — reduced atmospheric oxygen. That’s a problem for all life on Earth.

That problem is being made worse– quickly — by pollution of the oceans, deforestation, and broadcast microwave technology.

And there is also Coagulation Disease, brought to you by the Frankensteins being allowed to experiment on our military personnel.

But there is no distinctive “Covid 19” virus in evidence and no proof of any viral “Covid 19 Disease”, either. None.

This is all bushwah based on nothing but the Common Cold Virus we’ve all lived with for centuries.

We are so confident of that, that The United States of America is offering a fifty billion dollar reward to anyone who can prove otherwise.

What we have going on here is a “live exercise” being foisted off on all of us by the out-of-control WHO and UN organizations who have no granted authority from our government whatsoever.

Listen and weep and then get up off your rumps and kick some:

If this link doesn’t work, go to “Newsbreak 81: CONFIRMED: COVID-19 Plandemic “Training and Simulation” under WHO” on YouTube

Quote: “Major documentary confirmation of something many of us have come to know for certain in recent times: the entire COVID-19 world-shutdown is part of a live training and simulation exercise run by the unscrupulous WHO and United Nations, as documented in their Global Preparedness Monitoring Board’s annual 2019 report and their International Health Regulations treaty of 2005—which 194/or 196 countries signed off on—which pretty much establishes a Global Government (of the WHO & United Nations, & the high-level international GMPB) along with their sponsors, the Bill and Melinda Gates Foundation, the Wellcome Trust, & other unnamed donors.”

Send this little blurb to “your” Governor and tell him that if he wants the Big Money Reward, all he has to do is prove that: (1) a distinct “Covid 19 Virus” exists, has been identified, and is in evidence in the general population; and (2) the aforementioned “Covid 19 Virus” causes a definable and unique disease apart from the Common Cold caused by other corona virus strains.

And otherwise, failing that test, he needs to shut up and get his State of State back to normal ASAP. No mask mandates. No nonsense. Either that, or face criminal charges for promoting a Public Hoax costing Americans millions of jobs and hundreds of billions of dollars.

Send it to “your” Congressmen and the news media and the members of all the Bar Associations and the United Nations Secretary General and the Pope and all “Municipal Government Contractors” and all the other Guilty Parties responsible.

Make it go “viral” for real.

I wrote an article titled Trump Does The Unthinkable in 2016 because I was so disgusted at the lies the mainstream media & loud-mouthed celebrities were spreading about then presidential candidate Donald Trump. No one had anything bad to say about Trump till he made the decision to run for President as a Republican. My goal was to capture the essence of who the real Donald Trump is. This article went viral immediately & recently it’s been circulating a lot again across multiple social media platforms. I decided to turn this article into a video to reach as many people as possible so they too can learn the true heart of our President during a time when it’s still very hard to find honest reporting anywhere in the media.